The epitome of old meets new

This refurb was a challenge that paid off.  We did a complete renovation of the stone bnb and studio plus almost doubled the size of the home using a mixture of repurposed and new materials.  The results are a giant 5 bedroom family home plus guest accommodation. 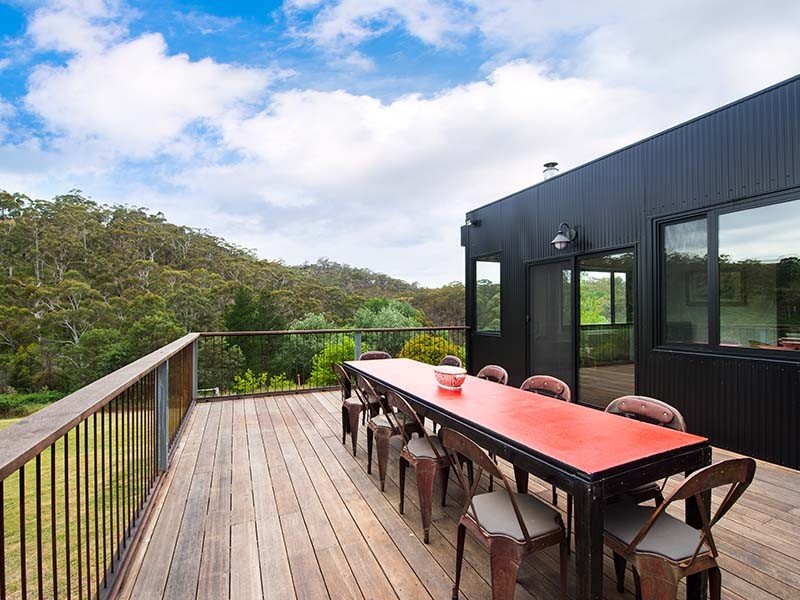 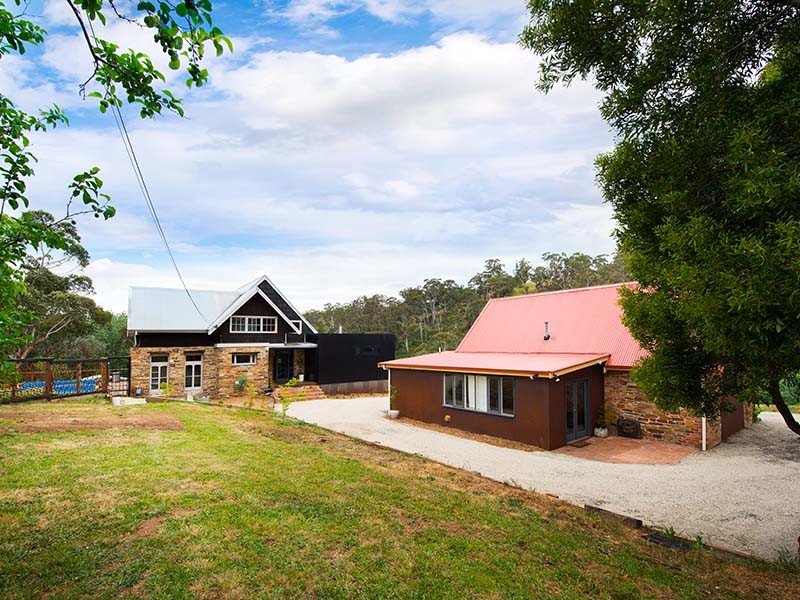 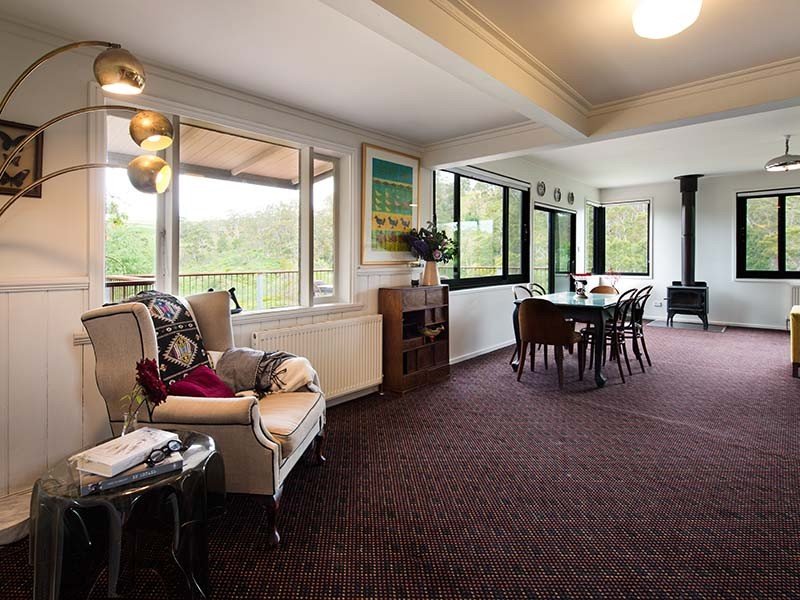 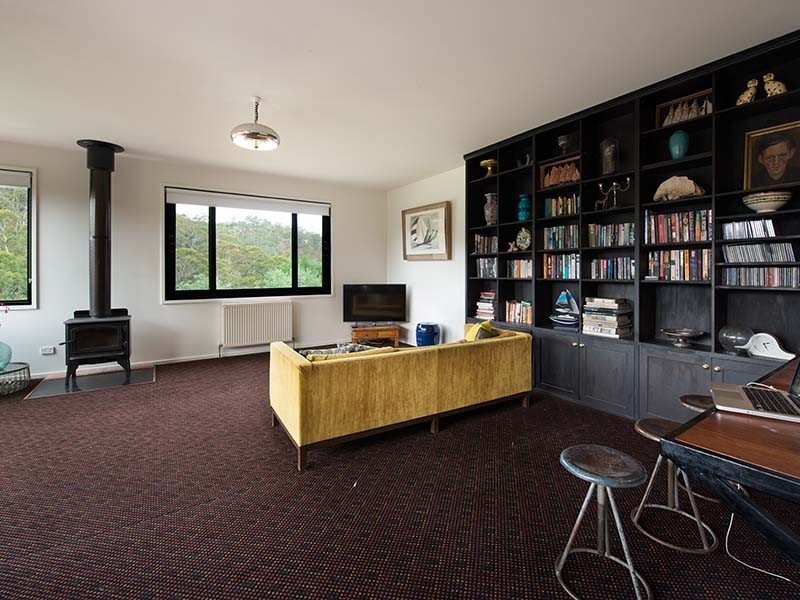 The original building was put together by free loving stoners during the 1980’s Daylesford owner builder revolution.
Every week during the construction period, someone different would drop in and share their story from back in the day.
Our task was to build a modern parapet “box” extension that abutted with the existing stone structure almost as if 2 timelines had collided as a result of a fracture in the space time continuum.
What we learned early was that the “old girl” was going to need a bit of help. Luckily, the extension wrapped around the existing building on 3 sides.. Youth, extending its hands to support the previous generation.
The feature that was next most instrumental as structural support was the hydro dungeon that “apparently” operated for some years right under the nose of Wally, the neighbour and local copper.
After that it was the structural floor beams that fell short of their supporting walls and footings build straight in the dirt!
We worked under floor for a week, digging footings for new support posts, propping and straightening, restoring her for many good years to come. 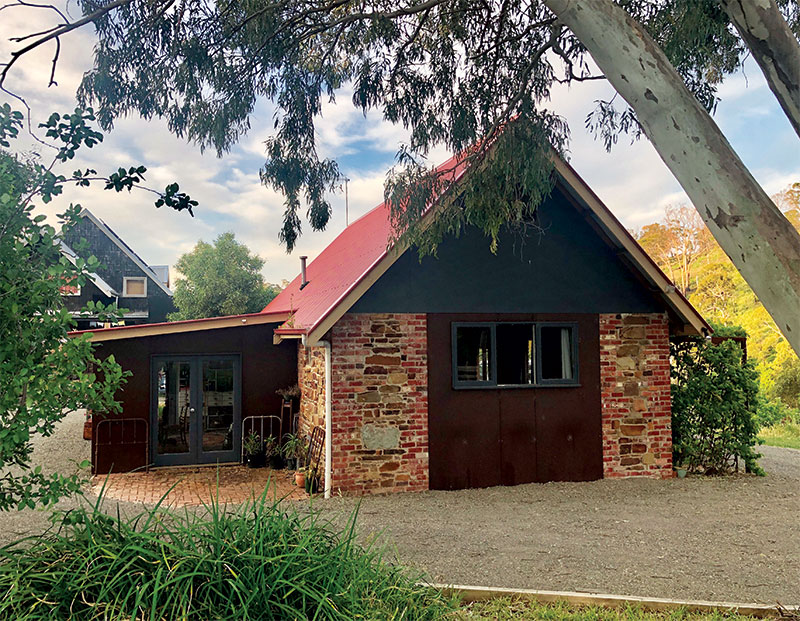 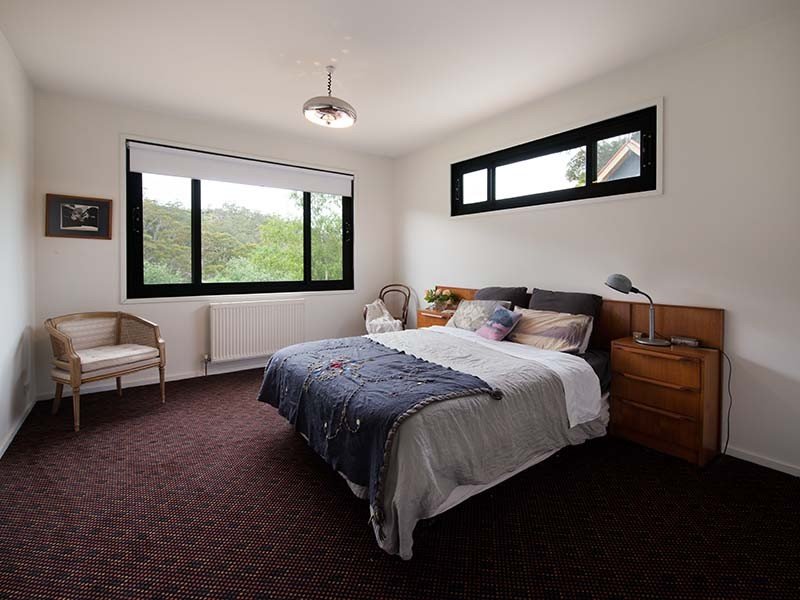 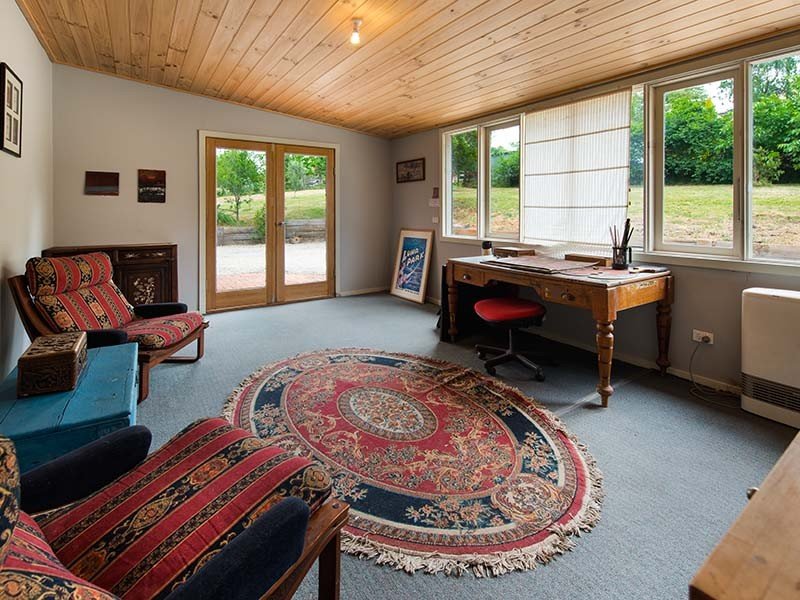 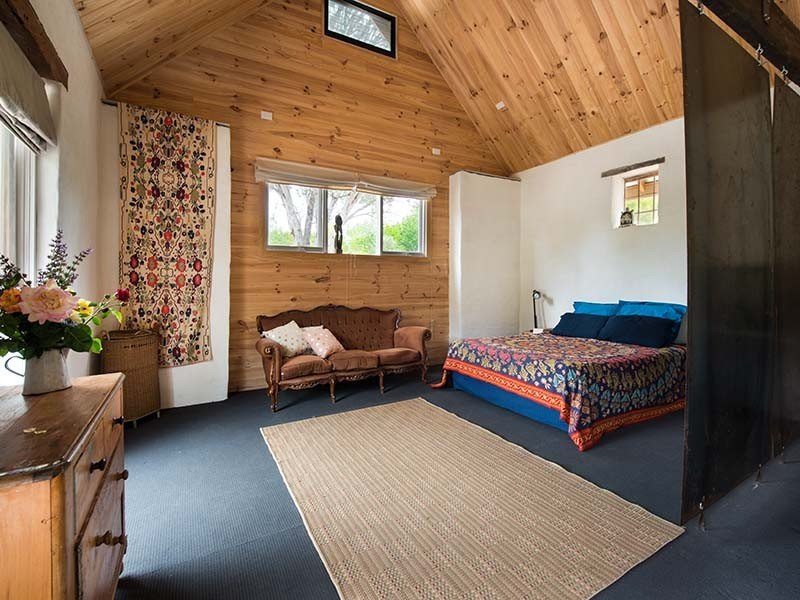 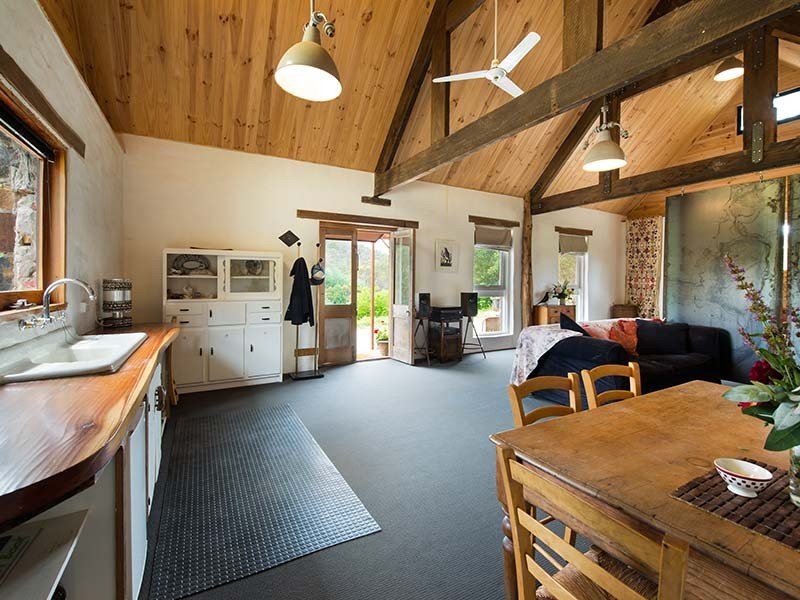